Employee ownership for football clubs, is this something worth considering?

As the (so far) aborted bid to establish a European super league of elite football clubs has demonstrated, supporters of many clubs feel their interests are overlooked in pursuit of maximising financial returns.  Does the UK’s employee ownership model, in which employee-owners are empowered to influence what happens in their business and its direction of travel, offer an alternative for football clubs?

Supporter ownership already exists.  It is a legal requirement for most German clubs to be over 50% fan-owned, often through a “golden share” and some other European clubs are “owned” by their fans.  As to whether this impacted on any decision about joining the league, we can speculate that one reason no German club chose to join was the anticipated difficulty of obtaining owner approval.  Clearly this was seen as no immediate barrier to directors of Barcelona, which has a different form of “supporter ownership”.  However, it has now emerged that its supporter-members were not consulted.  If Barcelona’s directors have the power to take such a step without consultation, they are then taking the risk of removal by unhappy supporter-members.

So all told, we already have a model for successful supporter-ownership which arguably does ensure accountability of directors.

But the position is complex.  Many clubs require significant investment, for which there are limited sources, and those that can find ownership and investment from a private individual or consortium might favour this over continued independence and penury.  The sale earlier this year of Wrexham AFC by its supporters to Hollywood actors Ryan Reynolds and Rob McElhenney is perhaps a case in point.

But football can learn from our UK employee ownership success story in several ways:

Positive change is possible.  We have now over 500 employee-owned companies, whereas ten years ago there was just a handful.

Good governance is vital.  Employee-owned companies achieve a balance between allowing their directors the necessary scope to lead and ensuring employees have a say on big decisions.  So in a well-planned fan-owned club a proposal to join a super league would likely require fan approval.

Collaboration is key. Employee-owned companies are willing to share with each other how they have made employee ownership work, their successes and their mistakes.  The Employee Ownership Association plays a key role in this.  Why should not supporter-owned football clubs compete on the field and collaborate off it?

Flexibility.  Supporter-ownership may look a challenge for clubs requiring investment, but it doesn’t have to be all or nothing.  Both fans and others can each have an ownership stake.  It just needs know-how to create the most suitable model.

Just as employee-ownership is not a panacea for all businesses, neither is supporter-ownership going to be a solution for all football clubs. But our experience in building employee-ownership suggests that with the right can-do attitude, choice of models and collaboration, more clubs than we realise might be able to make it succeed. 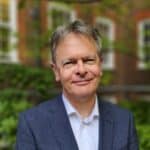