We start 2023 facing an accumulation of challenges, some inter-related: economic recession, war in Ukraine, inflation and difficulties in making ends meet, climate change, to name but four.  Whilst it may be tempting to throw our hands up in despair, we should acknowledge that there are solutions for many of these.

Whilst Government policy is unlikely to force Putin to end his war in Ukraine, there’s plenty it can do to improve our lives over the coming decades.  “All that’s needed” is political will partnered with our greater willingness to think longer term.

Employee ownership, by enabling the fruits of a business’s success to be shared with its employees, offers a compelling way to make many people wealthier, not by redistributing wealth but generating new wealth that is then widely shared with those who’ve created it.

In most cases, a company’s transition to employee ownership will involve the trust paying the retiring shareholders, funded by the company’s profits. So although it’s wise to start as soon as possible to share the financial rewards of ownership with employees, it may take a few years before they can reap the full financial benefit of their ownership.

What we know already

It’s therefore useful to look at the experience of employee ownership in the USA, where they’ve been doing it for over four decades and have accumulated striking data about the impact it has had on the wealth of employees in ESOP companies (ESOP = Employee Share Ownership Plan and is the US equivalent of the EOT).  In 2019 the average value per employee in their ESOP was $132,262[1].

The US ESOP model is different from the EOT.  The ESOP involves employees building up a personal ownership stake which they then cash in on retirement (or leaving their company), whereas with the EOT the financial benefit to employees is more likely to take the form of a regular profit share (the trust retaining the capital value of the company long term). So for US employee-owners it’s about building up wealth over time and helping fund a comfortable retirement, whereas UK employee-owners experience earlier financial benefit (assuming the company performs well enough) through a profit share.

Both models channel more wealth to employees, but in different ways.  If the trustees of an EOT wish to help their company’s employees build longer term wealth ESOP-style, they might allow them to acquire some of the trust’s shares personally and – if the company grows – benefit from corresponding increase in the shares’ value, or they might encourage the company to operate a pension scheme containing maximum incentives for employees to invest their profit share.

There are also ways in which UK employees can acquire a personal ownership stake in their company which pre-dates the EOT, such as EMI options (which tend to be targeted to key employees) or the Share Incentive Plan (SIP), but the EOT is the real game changer here.

Employee ownership’s potential to increase wealth is likely to be realized primarily in the private sector, although some public services can be delivered by mutual companies (a form of employee ownership) e.g. City Healthcare Partnership.

Employee ownership and its positive impact on employees and the economy

Nine years after the EOT’s birth, it is becoming part of the mainstream in UK business, bringing positive change not just to how rewards are shared but also how companies engage with their employees and determine their future direction. Improving lives, it is an object lesson in the positive impact a well thought through and executed vision can have.  Just don’t expect it to deliver overnight success.

[1] Nancy Wiefek and Nate Nicholson “Measuring the Impact of Ownership Structure on Resiliency in Crisis”, National Center for Employee Ownership, 2021

Find out more about employee ownership and how it works here. 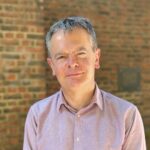 If you’re interested in how you and your business could benefit from transitioning to an EOT, contact Robert Postlethwaite on 020838189420 or at info@postlethwaiteco.com.