Your company could create an Employee Share Purchase Plan*, under which selected employees are given the opportunity to purchase shares. However, employees will frequently have little spare cash to invest in their company’s shares. It might be possible to lend them the money or simply allow them to pay for their shares at a later date (often called nil paid shares)

(*Sometimes known as a Stock Purchase Plan, particularly in the USA.)

If an employee is awarded nil paid shares, the time when he has to pay for them will be deferred.

The reason for awarding nil paid shares is often to combine two advantages.

As long as the amount ultimately payable is not less than the shares’ value when the employee acquires them, he will have to pay income tax or National Insurance on their value.

And as long as the unpaid amount is subject to interest at HMRC’s Official Rate, the employee will not be due to pay tax on the deferred amount as an employment benefit. However, they will be liable for tax if there is no interest or it is less than the Official Rate.

Unlike with options, any employee acquiring nil paid or partly paid shares will eventually have to pay for them, so they do carry risk. 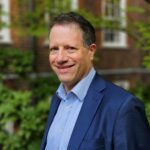 To explore how employee ownership or an employee share scheme could work for your company, call me on 020 3818 9420</strong .