Before the current crisis, the concept of “furlough” was of interest mainly to Scrabble players with unpromising tile racks, while the majority of the population would have struggled to tell you whether it rhymes with plough, curlew, merlot, or none of these.

What does furlough mean?

The government has introduced furloughing as a way for companies to keep their staff paid for up to  three months from March without working, with the government covering eighty percent of their wages up to £2500 per month. A furloughed employee isn’t allowed to do any work for their employer, raising a number of practical points.

What are the potential consequences for trustees of employee owned companies?

A company owned by an employee ownership trust may ask whether an employee trustee who is furloughed can continue playing that role.  It is arguable, but not entirely clear, that this would involve providing a service to the trust rather than the employer, so would be OK.  But this is not guaranteed and could put at risk the ability to claim furlough payments for that employee.  A company looking for certainty should consider whether any employee trustee can be replaced, at least temporarily.  Whether, and if so, how this can be done will depend on the terms of the trust deed.  Others may be confident that the government will take a common sense view.

A possible approach for communication with furloughed staff.

Companies will generally want to keep in touch with their furloughed employees so that they continue to feel a part of things and can more quickly readjust to working life if and when they do come back.  How can this be done?  Can they be copied into emails, for example?   The common- sense view might look like yes, on the basis that so long as they did not reply this would not involve providing services.  But is there a risk that they may start replying to emails, muddying the waters?   Perhaps a better approach would not be to send emails but use one- way communications, such as short videos or other online project or company updates.

The role of trustees when major changes are being considered

Directors of an employee-owned company contemplating major changes affecting employees, such as furloughing, salary reductions or redundancies, should consider whether to first consult with employees or, where an employee trust is a key shareholder, its trustees.  There are also statutory requirements to consult, for example any organization planning to make more than 20 employees redundant must consult with employees, and there should be one-to-one consultation with any employee being considered for redundancy.

In any company owned by an employee trust, there will often be an agreed list of decisions which the company’s directors can only take with the trustees’ permission.  It will be essential to check if any proposed steps are on that list.

But even where there is no list, or there is but it doesn’t cover those proposed steps, we would generally expect trustees to be consulted on these or any other major changes affecting employees.  If trustees have not been contacted by the directors, they should pro-actively ask them what steps, if any, they are taking to protect the business and whether these will impact on employees.

Here a couple of points are worth noting.

HMRC is aware that companies with tax-advantaged employee share schemes (and their participants) are anxious to receive guidance and has promised to produce a bulletin in the next few weeks.  We will issue a further update once the position has become clearer. 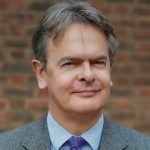 If you would like to explore how employee ownership or an employee share scheme could work for your company, or you have questions resulting from the information above please call us on 020 3818 9420